On Saturday, March 2nd participants will be born again, entering a realm of wonder and radical opposites. Introduced upon them by the Visionaries of the Twin Beard, who created The Machine to Move the Sun, participants will be led through various orgone accumulators, sacrificing the hardships of their past in order to accept the pleasures of the present. The exhibition will be an experiment in economics, science, language, and physical reality and will stand as a stationary structure and event space throughout the month of March as a testament to the New World.

a collaboration with Augustus Depenbrock 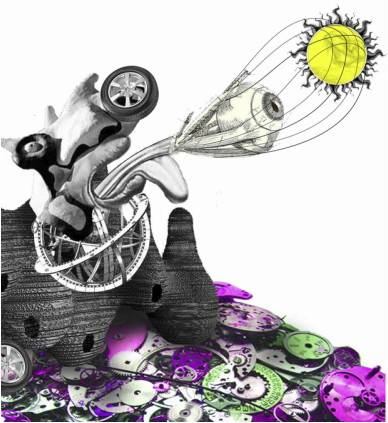 The Machine to Move the Sun

performance by Charmaine's Names inside The New World: